Emotional Driving, in partnership with Movistar, works in favour of road safety focused on the youth at What Really Matters Foundation’s Congresses (WRM). 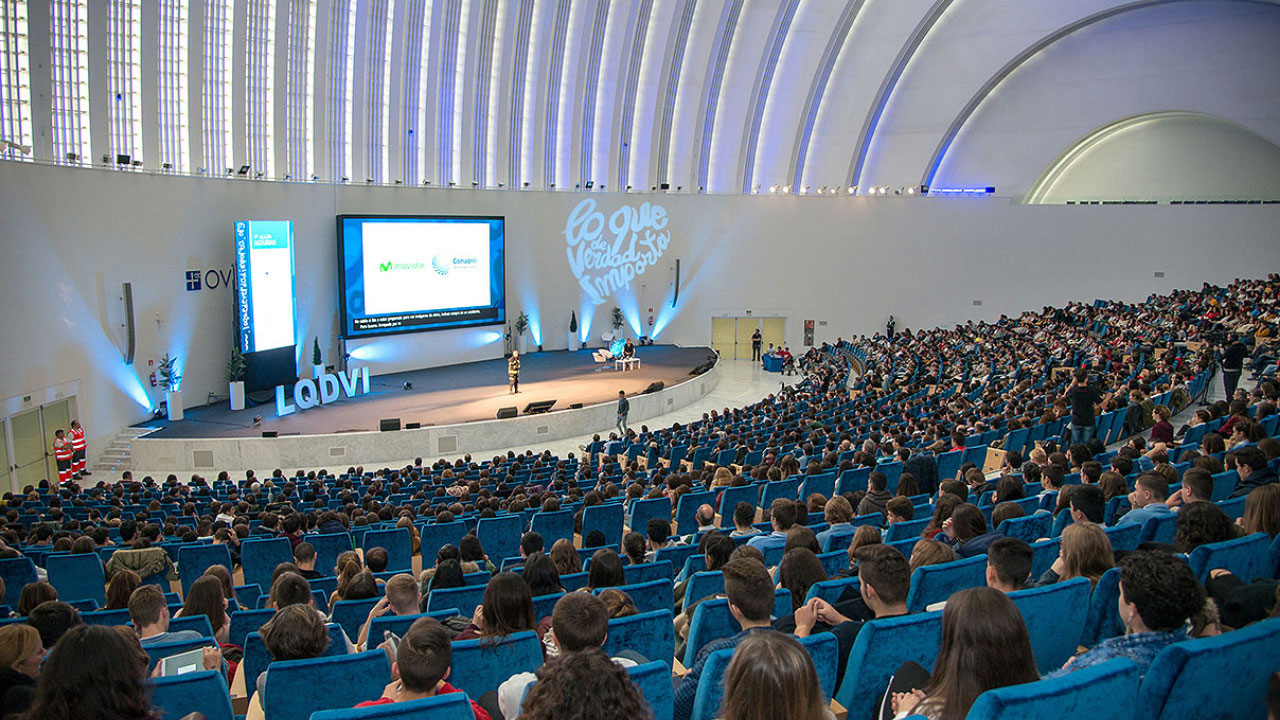 Over 15,000 adolescents in school age and pre-college youngsters attend annually these Congresses all over Spain. Emotional Driving impacts, motivates and sensitizes them on road safety.

Emotional Driving takes part in What Really Matters Congresses, raising awareness and sensitizing
the drivers of tomorrow in the field of road safety.

Professional fireman and Emotional Driving speaker, Julio appeared on the stages of WRM in 2017 to send a clear message to the audience: at the wheel, zero distractions. In the context of Emotional Driving initiatives and with the support of Movistar, Julio appeared on the screen of the auditorium on videoconference while driving a car because he could not make it to the congress. Suddenly the connection is lost implying that he have just had an accident. A few seconds later, Julio came on the scene to raise awareness and sensitize about driving safe and with no distractions.

Actor and story-teller, Guzmán appeared on the stages of WRM Congresses to make the audience aware of the benefits of new technologies but emphasizing that their use is not compatible with the driving task and that mobile devices become a threat when driving. Guzmán concluded saying “The best message, as the best driver, is the one that reaches its destination”.

A human robot addressed thousands of youngsters all over Spain in 2019. Her message emphasized the importance of avoiding distractions with the mobile phone at the wheel, thus using all five senses on the road as part of a responsible behaviour. But Frida also called upon feelings that, in contrast to robots humans have, to think of somebody that would motivate us to drive safe. Our human robot concluded her participations stating that “the best message, as the best driver, is the one that reaches its destination”.

"Choose to take care of yourself"

This campaign is a metaphor for the absurd and conveys a clear message: what really matters is our life. We spend a lot of time taking care of our cell phone, we clean it, we avoid scratching it, we avoid losing it… but it is at the wheel where we really have to take care of ourselves. We should not use our cell phone because it is the main cause of road accidents due to distraction.

Do not get distracted at the wheel

Life is full of experiences, joys, emotions, moments shared with your family and loved ones, is it worth disconnecting from life for a second of distraction?