The driver
Our challenge: Helping and raising awareness

People have always told me I’m lucky, that I was born under a lucky star. I crashed, but I was reborn after the accident.

People have always told me I’m lucky, that I was born under a lucky star. I crashed, but I was reborn after the accident.

I was twenty-five when it happened. I had finished my degree in industrial psychology, I loved to dance flamenco (I was like a clone of Lola Flores) and practiced lots of sports (waterskiing, tennis, gym, horse riding, sailing), I was a very active person who enjoyed every minute of the day. On that 20th of September, we were returning from a weekend in a Valencian town when the accident happened; it was a split-second, a tiny distraction by the driver as he changed a music cassette; and, because my headrest wasn’t properly positioned (it was positioned for my neck instead of on the nape), I was left a quadriplegic for life. They removed me from the car through the window and left me on the ground, face down, until the ambulance arrived that took me to the Hospital La Fe of Valencia. (I remember I shouted, in the anxiousness of the moment as they were going to cut open my suit, “No, it’s my sister’s and she’ll kill me!”) When I woke up, I was in a hospital bed, face up, with a compass on my chest and 40 kilos of weight to align my vertebras. I was in that position for two months, hardly moving my body except my arms a little.

Two months during which, despite the circumstances, the desire to leave and enjoy myself grew. And so, as soon as they removed the compass and placed me in a wheelchair – albeit with a type of corset that held my neck and back and which was horrible and cumbersome –, I used any excuse to leave the hospital for a little while: the farewell party for a nurse, dinner with friends… On January 21, two days before my birthday, they moved me to another hospital (Asepeyo, Coslada) and on the occasion of my twenty-sixth birthday, they organized a surprise party for me with one hundred and fifty guests; the most beautiful and moving party of my life. With a marvelous “Salve rociera” that two friends who were dancers danced for me and which made me cry because I realized at that moment that I would never dance a sevillana again.

During the year and a half I was in the hospital, I assumed the role of psychologist (in reality, my profession), I decided I was there to help and encourage others. I was lucky in that hospital that my mother and sister didn’t have to sleep in an armchair, as they had in the previous hospital in Valencia; they had a bed next to mine and there was a small terrace where we ate on sunny days. Furthermore, because there weren’t many seriously injured patients, I was able to receive two or three hours of occupational therapy and another two or three hours of physiotherapy and time in the swimming pool every day; five hours of daily rehabilitation for a year and a half. A luxury.

My boyfriend at the time, Jesús, was doing his military service in the Canary Islands and managed to escape now and then to visit me. It was a bit of an on-off relationship, but when he at last got his degree, we resumed the relationship and after three years of being together we decided to get married.

Shortly beforehand, a doctor with whom I’d been in touch in Madrid offered me work as a psychologist at the Hospital La Paz, to help and encourage the victims of accidents with spinal cord injuries. And I accepted, of course. From the first day, from the moment of the accident, I had decided to face the situation positively, to face the tragedy with optimism, with enormous will to live and to continue enjoying everything life offered me. And among those plans was also the idea of having children. I asked the doctor what I needed to do, but he told me I shouldn’t even consider the idea: “You can’t risk it, it’d be dangerous for you, don’t even think about it!”. Jesús and I married in November and by the end of December I was pregnant. On the day of my thirtieth birthday, January 23, 1992, I had an ultrasound scan done; the doctor looked at Jesús and me and asked us, “Are there any antecedents of twins in your family? Because you’re going to have twins”. It was a big surprise, naturally. And a great thrill too. At eight months, they performed a caesarian on me and two lovely girls were born, 2,100 and 2,400 grams each, who, unfortunately, had to stay in an incubator until even after they let me leave. During those first months, my house was filled with family members who took care of the girls… while I just watched.

Other important changes also occurred in my life. A new director of the Hospital La Paz decided that the position of psychologist for patients with spinal cord injuries was unnecessary and so I was laid off. But it just so happened that shortly beforehand, Dr. García Reneses, who worked with me, and Dr. Rafael Herruzo, a professor of preventive medicine, founded AESLEME. The idea of creating AESLEME emerged after a study by both doctors from 1980 to 1990 found that in only a decade, the number of spinal cord injuries had tripled; and that traffic was the fundamental cause and young people were the most affected group. They created the association with a double aim: on the one hand, to prevent traffic accidents and, on the other, to raise awareness in society about the consequences after an accident. At first, the campaigns were designed for children and youths, so that they understood the risks, how to avoid them, how they should react after an accident and how their lives would change after a sudden disability. The message we wanted to clearly communicate was that it could happen to any of us… but that there is life after a serious accident and the injury can be overcome.

We were three people when we began, with 3,000 euros and an office… in the Medical Department (Dr. Herruzo’s). Today, twenty-five years later, we are more than one hundred and eighty people, including employees and collaborators, and we organize eight or ten different campaigns a year to reach the entire objective audience that exists in Spain: schools, institutes, universities, young people, military academies, prisons, driving schools, companies… We prepare specific talks for each collective.

Income, fortunately, still comes in despite the crisis; but we begin each year at zero, without knowing what we’ll receive. Awards, public grants, private companies; some repeat year after year, others cease giving and almost everyone has reduced their contributions (although with the money we receive we still do three times as much as a town council or autonomous community). I have no time to feel bored, of course; as the director of an association, I must do a bit of everything, I’m head of external relations, institutional and financial affairs, fundraising, while also participating in courses and conferences… and whatever else comes up. And I feel especially proud that AESLEME is one of the fifty NGOs accredited as a “transparent company”, in addition to having obtained the ISO for quality and road safety. Over these twenty-five years, AESLEME has reached around four million people of all ages, providing a highly valuable service of prevention and raising awareness. I believe we’ve collaborated in “saving lives and avoiding disabilities”, and that is priceless work.

AESLEME has also given me a lot. Thanks to the association, I’ve had the opportunity to meet ministers, to be among monarchs, I’ve received medals and awards – for AESLEME and for the work I do -, I’ve been the first woman councilor of Pelayo (before the 50% quota)… and all despite my quadriplegia. I’ve probably enjoyed a much richer life than before the accident. And I haven’t stopped working since I left the hospital. And that is because, from the very first moment, I decided I wasn’t going to cause pity, that I was going to fix things inside and out; that I was going to continue being the same Mar as always. An armless physiotherapist told me one day, “Mar, don’t let people pity you, but rather admire you, and that depends on you”. I’ve always kept that phrase with me and it has inspired me my entire life.

And I believe it’s the best way to help others, to inspire others: to be me, happy, optimistic, positive, active. And to practice what I call “intuitive therapy”. For example, I’ve taught girls to use make-up to help them feel a bit better, to raise their self-esteem, which is one of the first things you lose; and I’ve gone to the cinema with patients, gone out to eat with them, so that they get used to being looked at and can also begin to feel comfortable with their disability.

When I’m asked if I’m happy, I answer that I’m much more so than before the accident. Although it seems incredible, it’s absolutely true. Because right now I have a marvelous husband and daughters, I have a job that I love, I have my friends from before as well as those from now; I’m called to give talks at private companies, institutions, forums of all kinds; what I’ve achieved on a personal level I wouldn’t have been able to achieve if I’d been a “normal” person…

And what gives me the most satisfaction is being able to help victims. Through AESLEME, with psychological support, or at my own home. I offer them a snack and we spend five hours chatting, they see that my home is normal, that I have a family, hobbies, friends, a life. They see this, the ones who have left the hospital and believe their life is over.

Psychological counseling and support is essential. It is as important as prevention and raising awareness in society. These are the three motives that unite those of us who work here and the companies who support us, such as Gonvarri, who get involved, who sincerely believe in our mission. And make it their own.

This work of raising awareness is indispensable. And here I would like to state that, just as what Gonvarri is doing with the campaign Emotional Driving is essential, so too it’s absolutely necessary for society to take up the baton and the example and commit the resources needed to prevent, raise awareness and sensitize. If all television news programs dedicated only a few minutes to this type of campaign, the number of lives that could be saved would be unimaginable. As would be the number of victims who would recover the desire to live. The challenge is there, who will take the first step? 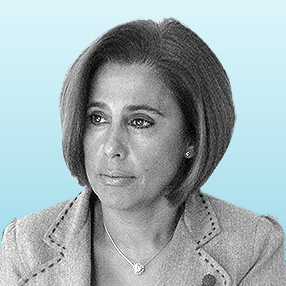