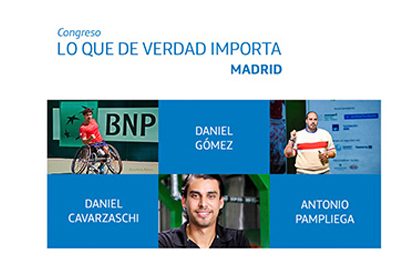 Around 1,800 attendees witnessed three different speakers: Daniel Caverzaschi was born with a malformation in his leg that never impeded him from becoming Spain #1 tennis player and 14 in the World; Daniel Gómez, at the age of 16 founded Solben in Mexico (Technology Solutions for Bioenergy) that today is present in 24 states; and Antonio Pampliega, who talked about him being kidnapped by Al Qaeda.

Emotional Driving had, once again, an outstanding presence in the Congress. WRM presented its new App, for Android and iOS, boosted by Emotional Driving and Heliocare. Thanks to it, over 10,000 people have had access to the Emotional Driving project, its sensitizing audiovisual campaigns and even to a challenge in which thousands of youngsters have written a message directed to their relatives for them to drive safe.