The road
A bad driver’s change of attitude

Dear reader, with this small contribution to the book in your hands, I’d like to tell you about my own experience as a driver.

Dear reader, with this small contribution to the book in your hands, I’d like to tell you about my own experience as a driver. Perhaps some of the things I’m going to mention will sound familiar to you. A lot of us are lucky not to have been hurt or to have hurt others, but what about those who have not been so lucky? Road accidents cause a lot suffering. We must be aware of this.

Are you aware of how much of your working day is spent on the road for business? 5% of your time, 25%? Have you ever thought about the number of kilometers you drive each year for your profession? 20,000 kilometers, 40,000 kilometers? Have you ever counted them? There are certainly many people who have to count those kilometers because their job is to drive or because their company demands it for accountancy reasons. But what about you? I can give you an honest answer as far as I’m concerned. I’ve worked for ten years as a quality control manager and project manager in the automotive sector and I never used to have this information in mind nor was aware of it in the past. I imagine some of you are in the same situation. Of course, we can all make a rough estimate, something like, “Well, I was given this company car in March of 2014 and since then I’ve had to travel about X kilometers for the company. I am sure my colleague, the account manager drives even more, but that’s normal because he’s in sales, it’s his job. And then there’s that other guy, who takes care of his small client Z; he has a good life, he doesn’t need to travel a lot”. I thought in this stupid way for a long time without really being aware of what we were doing, the others and me, while we were on the road for work.

I now recognize how lucky I am that some important events in my life changed my obstinate opinion. I’d like to share with you some short anecdotes about why I thought that way and what my attitude was. I beg you not to view this as an attempt to justify anything; view it as a story from which you can learn.

Early on, the only serious accident in my life was a collision with a deer, more than eighteen years ago when I was a rookie driver. It was late autumn, on a country road on the way back home after some handball training; it was dark, and the road ran parallel to the edge of a forest. I was driving about 115 km / h, exceeding the speed limit on this type of road by about 15 km / h, which is something most drivers do. The deer appeared on the right side of the road, running toward the centerline. I reacted in the typical way, stepping on the brakes and honking and giving flashes with the high beams. The deer returned to the roadside, leaving me somewhat relieved… until suddenly it jumped back again on to the road and I hit it at a speed of 70 km / h. After making some 360º ​​spins, the car came to a stop in the oncoming lane; my heart was pounding. The poor animal died instantly. After spending a few minutes lowering my tension level, I called the office of the rangers, the people in Germany who deal with accidents in which animals are involved. Finally, after a while, I was able to drive the remaining few kilometers home because the car was not badly damaged. The only lesson I learned from this incident was that I later drove more slowly on that part of the trip to my old house. So, clearly, I didn’t learn much.

I continued to be a driver for whom road safety was not very relevant. As a college student, much of my fun was driving my old 1986 Volkswagen Golf on the road after the first heavy snowfalls and maintenance services had not yet begun to clear the roads. To drive aimlessly along the snowy roads at a certain speed was a great pleasure for me in those days.

Perhaps “a sense of invulnerability” is too strong an expression for my stupidity at the time, but I truly believed that I drove so well and so safely that nothing could happen to me. With this reasoning, I started my professional life after leaving university and I soon started working as a quality control engineer in the customer service department of the Volkswagen Group. This job required spending many hours on the road visiting customers. The fact that I was young, had a good job in an interesting, challenging sector and with really good products, even managed to strengthen that stupid image I had of myself, and the perception that could drive any way I wanted to.

That mistaken attitude of overestimating my own abilities was compounded by my ambition to maintain a good position in my work and climb the ladder quickly. This was something that continued to guide my bad driving during that time. The most characteristic points of my driving style were:

It was normal for me to drive for long distances without making stops, instead of stopping for the night and waking up fresh the next morning. I even felt proud about traveling very far without stopping, comparing myself to other colleagues and feeling good inside when I was able to drive more kilometers than them.

I ignored and exceeded the speed limit because I wanted to introduce myself to the customer as soon as possible. I thus always kept one eye on the radar, and considered the police literally to be “highwaymen” who stole money from the poor people who needed to get swiftly to a specific place to do their jobs. By the way, do you know the phenomenon whereby if you’re overly conscious of navigation systems you stop paying attention to all kinds of road signs, including speed limits? I was a prime example.

As a result of this behavior, I very often broke the speed limit, and received some heavy fines. But even here I was lucky, because they never punished me with a driving ban for a period longer than a month.

Another common thing was to drive with symptoms of fatigue. For me, it was normal to make many business trips one after the other, or to return home early in the morning after a dinner with a client that went on until the wee hours.

And one more point: why use public transport when you have a company car? You’re more flexible and master of your time. Trains can be so late… And when you add up the total time you need to go to the airport… it’s better to travel by car.

What about checking or sending work information while driving? Some years ago it wasn’t forbidden to talk with your mobile phone pressed to your ear while driving. This changed and I stopped doing it because it was subject to a fine. Using hands-free phones is an improvement, but the distraction of attending a phone call in the car still surprises me. Sometimes you finish a conversation and ask yourself how you ended up driving directly behind a truck or glued to the edge of your lane. Nor is the distance you’ve traveled during the time of a call very clear in your mind; and the same thing is true about traffic signs. I completely ignored all of this in the past. To give you an idea of ​​my previous views about phone calls while driving, I’ll tell you something: some years ago I watched a story on TV about a manager of an automobile company, whom I knew because the company he worked for was a client of Gonvarri. In the interview he explained that he organized his day so that he received the most important calls while driving, so as not to lose time. I thought, “This guy is a really dedicated director..

Reading and sending e-mails while driving was another characteristic habit of mine. In periods of non-stop emails I didn’t mind doing it at all. I felt that reading or writing messages while driving, which is even more dangerous than making a phone call, was an obligation to inform and be informed promptly.

Now, looking back, seeing all these issues in perspective, I see very clearly that in the past I was a selfish and dangerous driver. I was not aware of how I endangered others as well as myself when I was on the road.

My attitude changed due to a number of reasons. As I became older, I definitely started to ask myself how I should behave on the road. A few years after I got married, I started to think I should stop my wild days. My daughter was born in 2013 and with her came the responsibility of a family, something that makes you behave more calmly, in a very different way. This process has been definitively established thanks to the Emotional Driving Challenge I attended in March 2015, when I joined the second day of the Gonvarri Leadership Program (GLP) in Asturias.

The first thought that came to my mind as I entered the factory where it was held was the actual size of the event. There were lots of people, the staff of Emotional Driving, managers, officials, employees of Gonvarri, firefighters, police and other public services, the media, catering services, my colleagues from the GLP and I. It was very impressive, the size of it was unexpected. A look at the faces of my colleagues confirmed that they were of the same opinion.

The speeches by the managers followed the presentation of Emotional Driving. Many people from different sectors participated in the event, and issues were thus analyzed from different perspectives, including accident victims and support services. And even though it was all in Spanish – which isn’t a language I master -, the topics were presented and visualized in such a way that we could easily follow them without understanding the language. Of course, some parts were very emotional. The risks of driving received major focus, being described through real events and completed with very eloquent statistics. At one time or another of the day, all my former bad driving habits were mentioned. It was something that made a profound impact on me.

The infrastructure in which the presentation was given was also fantastic. There were, for example, some simulators; my favorite was the one that simulated a car flipping over. Finally, I placed the post-it with my motivational phrase alongside the other messages from the rest of the people, committing myself to driving in a more responsible way, for the sake of safety on the road, for the sake of other drivers, for my colleagues, for my family and for myself.

Definitively, the Emotional Driving Challenge was a great experience for me, a spectacular event that, in my opinion, will be extended to more Gonvarri sites. I want to end by thanking all those who have been involved in this project and thank you for giving me the opportunity to contribute to it. 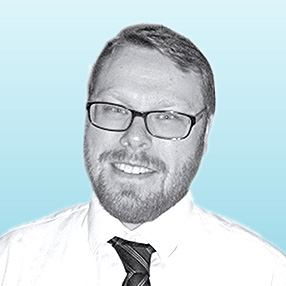