The road
To see and be seen can save your life

When AESLEME told us about the activities that the Grupo Gonvarri has developed in respect to road safety, I was struck by the level of participation by the entire staff as they shared their motivational statements at the event, Emotional Driving.

When AESLEME told us about the activities that the Grupo Gonvarri has developed in respect to road safety, I was struck by the level of participation by the entire staff as they shared their motivational statements at the event, Emotional Driving. I was even more attracted by the thought that 3M collaborated in the emergence of the staff’s initiative in a way as simple as it was effective: the use of 3M’s Post-it notes. From the very first, this sparked in me a special sympathy for the program, which was reaffirmed all the more strongly when I was invited to participate in it through this book.

3M is a company whose raison d’être is innovation, and this has been true since its origins in 1902 at a mine in the state of Minnesota, USA. A mine that was at first a resounding failure and which forced its founders to choose between innovating or giving up. Fortunately for everyone, our five founders decided to continue ahead, sacrificing their personal belongings to gamble on an idea that was none other than that of moving forward with an enterprising project. And, in view of the results, they did rather well: more than one hundred and thirteen years of existence, with a presence around the world, nearly 90,000 employees, 55,000 products in five large market sectors and spending on R&D of around 6% of sales.

Since that far off year of 1902, innovation and sustainability have advanced hand in hand with the intention of providing innovative and responsible solutions that contribute to making a better world. Our technologies, products and constant innovation contribute to companies’ progress, to beautifying our homes and improving the lives of millions of people around the world.

Improving each one of those lives is the basis for our sustainability, the ambition that drives us to make a better world possible for everyone. This explains our definition of “3M, science applied to life”. We put all of our knowledge, experience and work in the service of a better life for all: customers, providers, employees, shareholders, citizens…, definitively, all of society.

In respect to road safety, our activity began in the 1930s when the American government asked us to develop a product to improve the visibility of roads during nighttime hours and in this way contribute to reducing traffic accidents, which had become more and more numerous – and serious – due to the unstoppable growth of the number of American cars. That’s when it all began. And because challenges are something that thrills us at 3M, our research team immediately got to work and created the first retroreflective strip on the market, Scotchlite; an invention that made it possible to read the symbols of a traffic sign at night, reflecting back to the driver the rays of light emitted by the headlights of his or her car after hitting the microspheres of the sign.

Since then, 3M has developed many innovative products over the past eight decades which have contributed to greater road safety.

Products with increasingly improved properties, such as fluorescence, which can be seen better in the dark, and also during the day (fluorescence, for example, significantly improves visibility in fog or conditions of poor visibility).

When driving at night, we realize how important it is to have well marked roads and all the elements that form part of them. Moreover, when we have the misfortune of entering a stretch of road with faulty signaling, we are even more aware of the importance of the visibility factor and how it affects our safety; and how essential proper maintenance of roads is in general.

On any road it’s possible to come across different elements that we must always keep in mind: drivers of vehicles, whether cars or trucks; pedestrians on the road, cyclists, motorcyclists, maintenance workers, traffic agents… Everyone, without exception, is affected by a key factor that could save their lives: to see and be seen.

Concerning drivers, one must think of products that provide good visibility for drivers of both cars and trucks, taking into account the different shapes of these vehicles. In this particular case, the essential thing is to facilitate the correct view of the road and any obstacles that may be in the way, and also provide good visibility of these vehicles to other road users. It is very important to consider the distance at which obstacles, signs, cars, trucks, pedestrians, etc., can be seen, because an accident can occur in a split second. The greater the distance at which the object or person is detected before the driver can react and decide to stop, the greater the chances are of avoiding an accident.

Hence the vital need for proper signaling, as well as the correct use of appropriate products to facilitate or anticipate the reactions of drivers.

We think, for example, of the law related to the correct signaling of heavy and very long vehicles, which is obligatory for newly licensed trucks and voluntary for the rest of the vehicle fleet. This legislation is a breakthrough in the visibility of these vehicles and thus contributes significantly to improving road safety. In this case, as on many other occasions, 3M has been aided by the indispensable collaboration and unconditional support of associations such as AESLEME and individuals such as Mar Cogollos.

In 1978, 3M and the DGT (with which we had clear common interests, besides being neighbors) agreed to sponsor a national campaign called “To see and be seen can save your life.” The aim was to alert all citizens (whether drivers, pedestrians, cyclists, etc.) to the real and vital importance of seeing and being seen using reflective products tailored to each situation: from clothing with reflective elements or reflective armbands to bicycles with reflectorized wheels to be visible at lateral intersections at night. All items were designed with a single purpose: to save lives.

With this campaign, we toured all over Spain to convey the message and raise public awareness. The action was divided into two parts: a theoretical part, in which we gave the reason for the campaign (nighttime accidents or collisions with pedestrians; the functioning of reflective products, etc.); and a practical part in which we conducted an instructive simulation: a vehicle with its headlights on and a road that presented different situations, such as circulating vehicles, horizontal and vertical road signs, pedestrians crossing the road, maintenance workers working on the road, etc., all of which appeared with and without reflective elements. Thus, participants could see with their own eyes the effect of these items when seeing or not seeing the obstacles that could cause an accident. The action ended with a massive distribution of samples so that attendees could use them in their daily lives and thus improve their own level of safety.

It was a formidable task, but worth it in every way. Since then, many actions and guidelines have been developed. For example, improving road signaling with latest generation products that are more visible and at a greater distance; or improving the signaling of all types of vehicles, from heavy and very long ones, to emergency and safety vehicles (the national and local police, the Civil Guard, ambulances, fire department vehicles, road maintenance vehicles, cranes, etc. ); and also improved driver safety in case of breakdowns or when faced with the need to get out of the vehicle on the open road, such as safety vests. In popularizing the use of these vests, AESLEME also played an extraordinary role, designing a system to more easily stow the vest in the vehicle; and organizing a great awareness-raising action by giving a vest to everyone attending an event at the National Auditorium in Madrid, where Montserrat Caballé gave a stellar performance.

And of course we cannot forget cyclists and workers who for one reason or another are exposed to the risk of being run over because they are not visible at night. How many times have we had a bad scare by failing to timely see a cyclist or a worker doing maintenance work on the shoulder of the road? And how many times, on the contrary, have we remained calm when coming across pedestrians, cyclists, workers and vehicles of all types properly marked with reflective elements? The difference is simply in the correct use of the retroreflective elements, whether on the road elements themselves, on vehicles, pedestrians and cyclists, or workers. The difference is simply to save or not save lives.

In this sense, a company like Gonvarri and an initiative like Emotional Driving is a real role model. Because it saves lives.

Everyone, each in their own field, participates in a wonderful endeavor. The work of companies like 3M or Gonvarri, associations such as AESLEME, and the efforts of many companies, institutions and citizens are essential to contributing to a better and safer life. 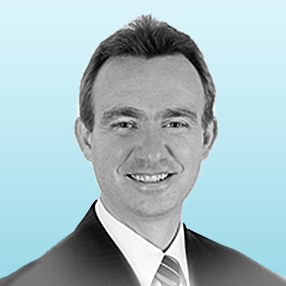