According to the latest WHO report on the global situation regarding road safety, more than 1.2 million people die each year worldwide as a result of traffic accidents, and 50 million are injured.

According to the latest WHO report on the global situation regarding road safety, more than 1.2 million people die each year worldwide as a result of traffic accidents, and 50 million are injured. The WHO states that most of these tragedies could be prevented through improved roads and vehicles and, above all, raising awareness and changing the behavior habits of drivers and other users of streets and roads. It is precisely in this area that campaigns in different media to raise awareness play such an important role, as do company initiatives such as Gonvarri Steel Services’ Emotional Driving, which deserves our grateful applause.

That is why the Dirección General de Tráfico (DGT, the Directorate-General of Traffic), as the responsible body in terms of the design, implementation and evaluation of road policies of the Spanish government, has as part of its main strategic lines of action, informing, raising awareness and sensitizing all of public opinion about the risks of traffic and the need to comply with traffic rules to prevent more traffic accidents in our cities and on our roads. The main objective of the various road safety campaigns is therefore the fight against road accidents by raising the awareness of the whole of society.

The contents of these campaigns traditionally focus on specifically combating the major risk factors that contribute to accidents (distractions while driving, alcohol and drugs, speeding, vehicle conditions, etc.) as well as encouraging the correct use of the principle elements of passive safety (helmet and seat belts, child restraints, etc.).

The different campaigns take place throughout the year, because the risk of accidents is constant. However, the number of campaigns and their intensity rise during periods in which most long trips are made: Christmas, Easter, summer and long weekends.

The Dirección General de Tráfico has conducted about two thousand information campaigns in the last fifty years. The first were made through posters, banners and even stickers (the first poster dates from 1960); use was also made of the press and radio, which voluntarily collaborated with the organization. In those early days, the DGT used a type of advertising based on humor, through animated characters; and its messages used a direct, simple and didactic language, addressed to a minority group of inexperienced drivers, pedestrians and cyclists.

The Jefatura Central de Tráfico was the first public body to make a public service announcement, in 1961, which sought to prevent dangerous overtaking with the slogan “Ahora sí, ahora no” (“Now yes, now no”). Soon after, in 1964, the first TV campaign was undertaken to try to raise the awareness of drivers and pedestrians about the danger of roads. And so, year after year, the various different campaigns were made. Many of them achieved great notoriety; it’s enough to recall that famous slogan “Si bebes no conduzcas” (“If you drink, don’t drive”), starring the singer Stevie Wonder, dating back to 1985. Today, the campaigns have adapted to changing times. They are disseminated via the Internet, print, radio and television.

And although times have changed, the message remains the same.

In recent years, particularly since 2011, the traditional campaigns have been joined by one aimed at the prevention of work accidents, mainly those that occur while traveling. Road safety while driving for work reasons has become a key aspect to develop. According to the data handled by the organization, more than 60% of road accidents occur on weekdays and from 8 am to 8 pm, coinciding with a workday schedule. It must also be remembered that almost one third of fatal work accidents are traffic accidents. The aim is to raise awareness to save lives, because, as stated in the latest campaign for the prevention of work accidents, “Tu trabajo más urgente es seguir vivo” (“Your most urgent job is to stay alive).

It is, therefore, a pleasure to collaborate on this book and this Emotional Driving campaign. Not only because we share the same goal – raising awareness to save lives – but also because we understand that companies like Gonvarri have a responsibility to their employees and to society, and this initiative is a magnificent example for other companies. Because we mustn’t forget that road safety is everyone’s task. 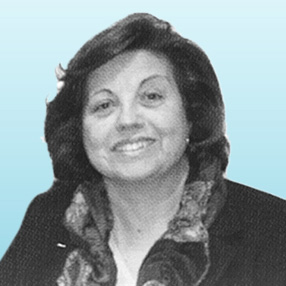