The road
Roads of the 21st century: Social networks

I remember the day we spent reviewing Gonvarri’s social responsibility policy with the Marketing, Communications and Sustainability team.

I remember the day we spent reviewing Gonvarri’s social responsibility policy with the Marketing, Communications and Sustainability team. We spelled out on a blackboard the group’s different initiatives regarding the environment, commitment to employment, and safety. We talked for a long time about the impact each of these measures had on the society with which the company coexists. I grasped, at that moment, how important it was to raise awareness about traffic accidents.

Companies that strive to protect the lives of their employees insist on compliance to safety and hygiene regulations in their daily operations. Little by little, however, they inevitably get involved in other areas in which they put the health of their collaborators at risk, such as the daily commute to work. Trips by car constitute a concern that touches the nerve of one of our most sensitive spots: traffic accidents and their consequences.

While this is a challenge for any organization, it becomes a priority for one that includes among its business the manufacture of safety fences for roads. This was the reflection I heard that day. This was the reflection that made us collaborate on the design and implementation of Emotional Driving, the communications program directed at the employees of Gonvarri to stimulate collaboration in the search for ideas that encourage employees to drive cautiously.

Growth as the formula for survival is a belief carved in stone for large organizations. Growing requires finding new ways to improve a business, its structure and, as well, its communication. Companies know this and spend more and more resources – both people and money – on better explaining what they do.

Gonvarri is no exception. Four years ago, it wagered on an internal communications tool as a lever to change the way things are done, how people relate, and to be more efficient. “Leading the Change” not only served as a social network to put employees in contact with one another, but also changed how work was done in a team and thus improved the business. Emotional Driving is another clear example of the company’s success in its strategy to involve all of its employees in its policy of sustainability.

Social networks are often associated with the millennial generation and this is because 75% of this new generation is on social networks, and more especially because 95% of them visit these networks various times a day. But the most surprising thing is that the group growing the most in recent years is the segment of the population over the age of forty-five, which places us before the two most important target audiences for road safety campaigns.

The digital explosion has forever changed how organizations communicate, new routes have been opened up that, to be successfully traveled, must pass by way of entertainment, innovation and stories.

When a person we care about spends an average of 20 to 28 hours on social networks, has an average of 275 contacts and their messages face a potential audience of billions (with a b), roads cease to be roads and become major highways of communication. This means a noise exists around our audience that makes it necessary for us to look for ways to capture their attention. The time has come for organizations to accept the fact that we compete not only with products from the same industry, but also with everything that fights for the attention of our public. Television series, sports, movies and videogames are veritable machines to generate conversation.

We are all familiar with the cemeteries of Youtube, spaces filled with corporate videos that eat away the communications budgets of some of the world’s leading companies, but which nobody sees. This is because many companies have succumbed to the fever of creating content at any cost, without taking into consideration the goal of entertaining their public. On the flip side, Lego, Red Bull or Chipotle are clear examples of how to successfully apply the formulas of the entertainment industry to communication.

The empowerment of employees, especially through acts of internal communication such as Gonvarri Emotional Driving, is also fundamental in today’s form of communication. Not only because they feel involved in the message and become ambassadors of a task with which the company is identified, but also because the rest of the world will believe their version before that of the company itself.

To achieve this goal, the team decided to channel it through what is today called “gamification”. Applying game-playing techniques has been shown to help us participate in communication processes, entertaining us while facilitating our learning. The digital transformation of companies makes it possible to do so thanks to technology. Why not make use of it?

However, the digital tools that any company now has at its disposal must be adapted to add value to its business strategies. Their use, or entertainment on its own, is a medium. Confusing them with the objective can lead to frustration for the companies that decide to use them. At Gonvarri, this has been taken into consideration to make a further step in the innovation of communication techniques without giving up the goal of encouraging caution while driving.

What do Apple, Lego, Red Bull, L’Oréal, Coca-Cola and Nike have in common? They are all excellent storytellers, capable of reaching us through their stories. For thousands of years, human beings have told and listened to stories, although it wasn’t until the 1970s that we truly understood the importance of the narrative aspect. In his most important theory, the philosopher Walter Fisher proposed a change in paradigm in respect to our understanding of what truly makes us human. He stated that it was our capacity to tell stories, above and beyond the use of reason, that really distinguishes us from the rest of the species. He called it the “Narrative Paradigm”. Regardless of whether his concept is correct or not, it’s an unquestionable fact that a direct relation exists between leadership and the capacity to connect and tell stories due to the power words exercise on our behavior.

There is a biological explanation behind all of this. Forgive me if I insist: I said biological, not psychological. Thanks to the work of experts like Christopher Chabris and Daniel Simons, we know that when a person reads or listens to a word, the same area of the brain that relives the meaning of that word is activated. In other words, when we read the word “drive” the sensation of driving is activated in our brain. The power that words have on our behavior helps us to build emotionally impacting stories and, therefore, ones that are memorable and influential. The Nobel Prize winner for economics, Daniel Kanheman, has shown us that emotions drive our behavior, they are the cause of most of the decisions we make and they condition our experiences. How can this be applied to communication? Language is the tool and the way we tell stories, the action.

In the case of Emotional Driving, Gonvarri hit the nail on the head when it asked its employees to share their stories. What motivates them to drive responsibly? Every single individual response to that question helped them to build a collective story that influences everyone even more because it includes the experiences and feelings of companions and colleagues.

With such humanly valuable raw material, social networks, in this case, “Leading the Change”, prove their usefulness. Digital communication is basically interpersonal communication. For this reason, when it is used at Gonvarri to put the people who make up its teams into contact with one another so that they can exchange points of view and recommendations regarding such a transcendent matter as safety, a masterful recipe is drawn up: business priorities and sustainability goals that are made more achievable by the many possibilities of technology. This is why we can state that they have successfully turned the social networks into the roads of the 21st century and these safely lead them to reach goals that previously were out of their reach. 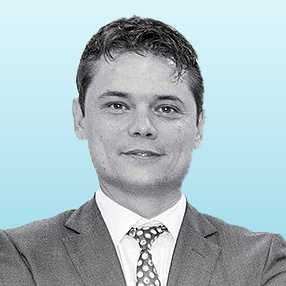