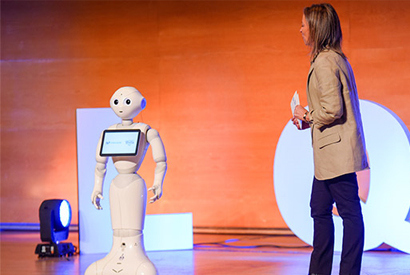 Emotional Driving and Movistar raise awareness among over 1,000 youngsters at WRM Congress in Bilbao

The GMS Bilbao team witnessed three different speakers: Kenneth Iloabuchi, Nigerian citizen that emigrated to Europe wanting to become a lawyer and in his way was extorted by mafias; Alfonsina Maldonado, when she was 6 months-old suffered an accidented with burns on her left side of the body and lost her left hand, now she is a professional jockey; and the cast of Campeones, showing that beyond their disabilities, they have a lot of superabilities that make them special and brilliant.

WRM and Frida will make the last visit of the year on December 4 in Madrid.