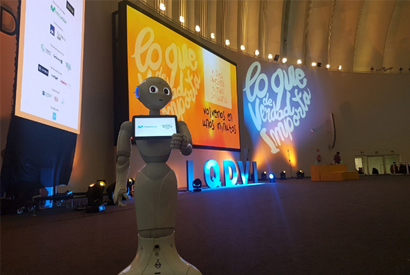 Last Friday Oviedo held a new edition of the What Really Matters Congresses, celebrated at the Calatrava Auditorium gathering 1,500 youngsters.

40 people of the company witnessed three different speakers: Lucía Lantero, founder of an NGO devoted to help children in Haiti that lost their parents; Toñejo Álvarez, at the age of 16 began its sports career having an accident that left him in a wheel chair and retired him from racing motorbikes but overcame the situation and now he is the first one to drive a motorbike on the sea; and Álex Corretja, nº2 ATP World ranking, 17 ATP titles.

WRM and Frida will visit during the year Bilbao y Madrid.