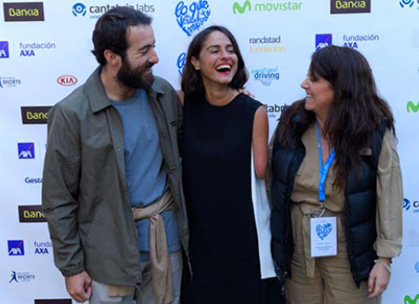 Over 1,000 attendees, mainly youngsters, enjoyed with three different conferences: Ángeles Carpio, who worked as a banker and now is leading a NGO to help hundreds of widow women in small villages in Tanzania; Jaime Garrastazu, co-founder and CMO of Pompeii Brand; and Lary León, who was born without arms and a leg but that didn’t prevent her from reaching her dreams.

WRM and Frida will visit during the year Oviedo, Bilbao y Madrid.